A few weeks ago Marla James the owner of Artisan Clay Marketplace hosted the start of a multiple day destash event for me on facebook which is now in its final stages.  The date for the destash finale coming soon and the photograph above shows some of the items that will be part of the inventory.
* If you would like to be a part of the final destash please email Marla or me directly so that she can send you an invitation to attend - if you are on facebook a private message is also fine.

About two years ago Hank and I began planning a project that would change my tiny studio here at home into something much bigger.   Something that would allow me to have work stations which would enable me to work on my projects in stages instead of breaking everything down each time I moved on to the next step.   Unfortunately we learned a few months ago this is not going to happen - not the first time we have had to change course, probably wont be the last time.   We roll with the punches.

So I had to think about places that were not being used to their full potential and started to outline a new project to utilize the space that we already had a little better.  While doing this I came across box after box after box of beads in different stages of completion..  Some had to be glazed, some had to be glazed again, some were the wrong color, some came back from consignment shops, galleries, magazines and trunk shows and were never put back into current inventory.. the list goes on.   Boxes that I had every intention of getting to "right away" now had been in those spots for years.. some 10 years believe it or not and I was (as usual) overwhelmed.   How am I going to get these pieces to beaders who will utilize them as they were meant to?

During one very long Facebook Messenger chat Marla suggested a destash and we worked out some details that addressed my time constraints but also allowed me to do something a little different then just the unloading of product.   I don't have sales very often and I didn't want to worry my customers  items they had purchased within the last year or two were going to be discounted before they had a chance to use them.. so a destash was scheduled that did not include any recent inventory.   Just when I thought I was finished I found tons of RAKU inventory from over the years -- Luckily the glazes were out, the kiln was ready so I glazed and fired more than 300 pieces of back inventory making it brand new again. (some in photo above)

So far the destash has gone very well and having someone handle everything for me has been such a blessing.  Photographs, detailed listings, questions, invoicing, packing and shipping all taken care of by Artisan Clay Marketplace so that I could work on my new inventory (coming soon)  I feel like such a weight has been lifted and so happy that these beads have found their way into hands of people that appreciate and can use them!

If you are looking to destash some of your art beads or supplies I highly suggest getting in touch with Artisan Clay Marketplace to help you do that - it was a very positive experience for me.   Marla took into consideration they way I like to do things and did her best to customize the destash according to my wishes and my customers wishes and I did the same for her - we did not put a lot of pressure on each other and it appears that things worked out really well.  A few glitches but nothing major and honestly that sounds pretty perfect to me.  I thank you so much for participating, being patient with the Preview times/Sales times and for all your purchases!  I have already seen some wonderful things being created with purchases from the destash and it really makes me happy.


Looking forward to seeing you at the next and FINALE destash event! 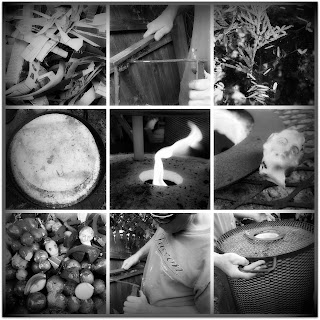 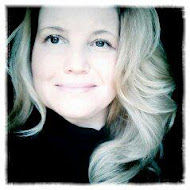